A debate with Adam Pettitt and Fiona Millar

A debate was held last week between our Head Adam Pettitt and Guardian journalist and campaigner on state education, Fiona Millar, at Highgate Literary & Scientific Institution on “This house believes that private schools are bad for society.”

The audience was almost equally split in terms of for and against, with a mix of both independent and state educated participants varying in age and occupation from students to the retired, to teachers, professors and professionals.

Fiona Millar presented the statistic that 40% of the UK’s most senior and highly paid jobs are filled by private school alumni, whereas 7% of society have attended private education.

In response to this, Mr Pettitt outlined how Highgate are actively involved in promoting and securing opportunities for over 50 partner state schools across London which means our School is “co-creating solutions for disadvantaged pupils which lie outside their reach.” 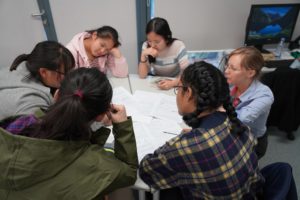 “Abolishing private schools would not solve the divides in society, because inequalities are ever present in the state system, with grammar, single sex and faith schools in high income areas where students from similar socio-economic backgrounds do equally well regardless of school. The top state schools are monopolised by the rich, with only 9% eligible from free dinners.” 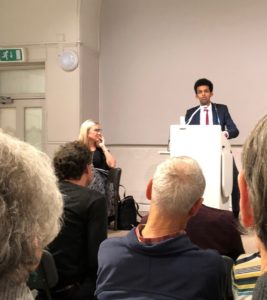 The audience also considered how wealthy parents in the state school system ‘top up’ their children’s education with private tuition, and relocate to affluent ‘catchment’ areas to ensure their children get into high performing state schools.

Sabrina explained how state educated pupils can and do achieve academic success, but often the same level of interview skills are not instilled in the same way as they are at private school.

“Pupils in state education are not always given the same training to perform during high pressure interviews such as those required at Russell Group universities. Oxbridge is still largely made up of those from private education.”

Mr Pettitt was emphatic in his agreement, sharing how Highgate have launched a new initiative to provide interview training and university visits:

“More action is required to get state school pupils into Oxbridge, and Highgate has activated a programme to ensure all pupils get to visit universities across the country, including either Oxford or Cambridge.”

Last month, Highgate hosted their annual evening dedicated to practising university interviews, with 200 pupils from 16 partner schools including London Academy of Excellence Tottenham in attendance. The panel of Highgate School interviewers, consisting of staff from our Chrysalis team, posed potential questions to the pupils via a mock 1-2-1 scenario in our library. 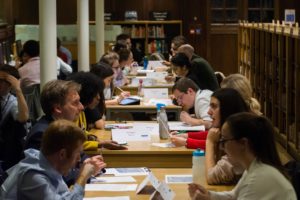 “I wish we lived in a society where there was no need for private education. Safeguarding the opportunity of pluralism in education is important because in an imperfect society, private school can provide help for the most disadvantaged. Do not pull the plug on schools that are making a very big difference in your borough.“

In August 2019, LAET, the free partner school founded by Highgate and Tottenham Hotspur FC, celebrated its first cohort’s exam success, with pupils achieving 70% A*-B in their A-Levels. More than half of LAET students won places at Russell Group universities, compared to the 1% of Tottenham school leavers in 2017. Tam Le, one of the fist cohort of LAET students said “LAET has provided me with the means to recognise and achieve my goal.”

“Without the seconded teachers and funds from Highgate we would not have been able to achieve the success and social mobility happening at LAET. We want to encourage the promotion of private funding for the state system. Please continue to give us support.” 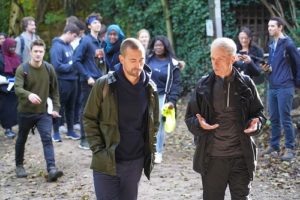