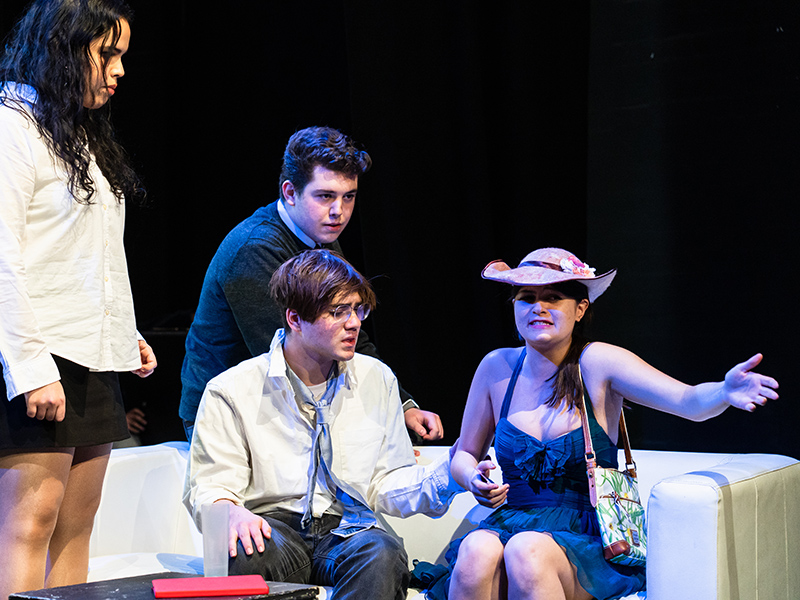 On Wednesday 2 and Thursday 3 March, 20 pupils from years 9, 10 and 12 will present an evening of Gallic delights, combining musical performances and drama sketches in French with surtitles. The French Play is a longstanding Highgate tradition: pupils walk past the posters of previous plays as they make their way up the science block stairs to their modern languages classrooms, and many of the actors have gone on to study languages at Oxford, Cambridge, and other top universities.

This year, the play has bounced back from lockdown to become a veritable festival of theatre, with Ionesco’s Rhinocécros performed by the sixth form, sketches from younger pupils, and even a musical interlude.

Jack Flowers, Head of French, explains: “Studying languages at Highgate is about acquiring genuine fluency of language and a fascination with culture that opens up the non-anglo-saxon world to our pupils.”

“For all pupils, the sense of achievement at speaking for over an hour, uninterrupted, in French is palpable, and it is no surprise that many pupils perform in the French play year after year. Crucially, these are pupils with no family connection to Francophone communities, performing because they enjoy it, and for whom drama is a crucial step towards genuine fluency in French.”

It is far from the only co-curricular opportunity for Highgate’s linguists: pupils compete in the national schools French debating competition at the Institut Français, and the UK Lingiustics Olympiads, as well as participating in trips to France in every year group from the Lower School up. The extraordinary full year group trip in the Lower School is truly a sight to behold as 180 pupils all conduct a street survey on the people of Lille. Even Y13 manage to squeeze in a day trip to a matinée at the Comédie Française just before the beginning of study leave.

Bon courage to all our performers!