Over the last 12 months, OC BS (The Old Cholmeleian Business Section) have organized a series of careers and networking events in central London. Last night’s ‘A Life in Medicine’ at St Thomas’ Hospital, gathered over 80 OCs and sixth formers from Highgate and LAE Tottenham, all medical field or interested in studying Medicine.

The evening started with a guided tour of the hospital’s wings, where pupils learned how the hospital operates. Following this, in the splendid setting of the Governors’ Hall, pupils listened to five OC medics – all at different stages of their careers – talk about their experiences, followed by a varied an informative Q&A. 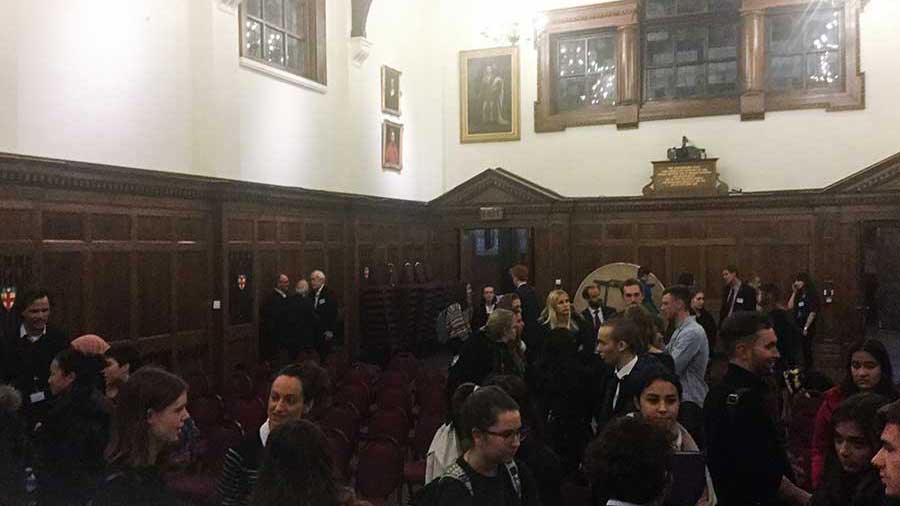 The best part of the evening was the informal networking afterwards, as pupils chatted to our panelists and other OCs: the perfect opportunity for pupils to find out first-hand about career in medicine. After pupils headed home, OCs enjoyed drinks and a networking reception. We are very grateful to our panelists: Roy Isworth (SH 1965), Ally Jaffee (SG 2014), Emma Tulloch (SH 2006), Justin Wormald (EG 2006) and Terry Wong (TL 1979), who was also our host.

We look forward to another OC BS event on Thursday 17 January, this time focused on FinTech.