Will we be eating popcorn on Mars in years to come? Year 5 pupil Charlotte believes we may well be, and as a consequence has had her idea selected in the MARSBalloon project to be sent up into the sky via a mission to Mars simulation.

What might we be doing on Mars in the future?

Charlotte’s ‘Corn Kernels’ experiment has been chosen by the spacecraft engineers at Thales Alenia Space UK to win the MARSBalloon 2021 Primary School Engineers’ Choice Award! This Summer, a balloon containing another 150 pupil ideas, will be launched into the sky, with the aim of testing anything that humans or robots will be doing on Mars in the future.

“The pupils who took part in the MARSBalloon project from year 5 and 6 came up with some brilliant ideas including – yeast, ink, hand gel and seeds. However, the winning one was a very original idea looking at how popcorn may be altered under the extreme conditions of space.”~ Mrs Louise Foster, KS2 Junior School Teacher.

The MARSBalloon team explains that the capsule containing the pupils’ ideas will be sent “at an altitude of 30km, more than twice the height of commercial airliners, to above 99% of Earth’s atmosphere. Along the way they will experience conditions very similar to the surface of Mars including temperatures of -50°C, pressures 1/100th that of sea level and an increased radiation dose. […] This STEM project allows children to test the response of electronics, materials, plants and even food to the conditions outside of a future Mars base, helping future explorers to prepare for this strange and hostile environment. The whole flight lasts approximately four hours and the MARSBalloon team will chase after the balloon to recover the experiments after landing, allowing them to be returned for analysis.” 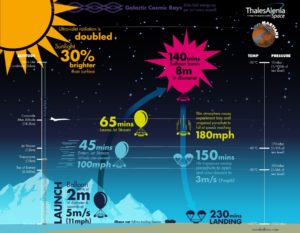 How will corn kernels pop in space?

Charlotte explains how she thought up the idea of exploring the behaviour of corn kernels on Mars: “When I first heard about the Mars Space project I thought about hand gel but thought it would be too complicated and messy. I was talking to my Dad about ideas and came up with the popcorn. I watched a few videos at how water vapour affects how popcorn ‘pops’. I’ve also got a control one at home that I can cook alongside the one that went to space. I enjoyed decorating them to look like sweetcorn.” 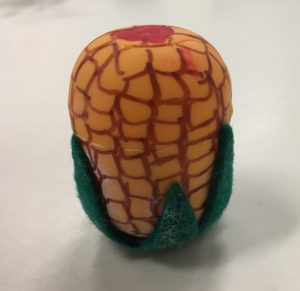