It’s been a busy week at Highgate with our pupils and partner school pupils engaging in a range of events exploring future choices. 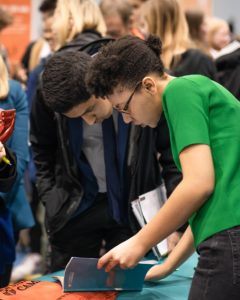 Last Thursday, Highgate pupils (and parents) were joined by our Chrysalis partner schools in the Sports Hall where they had the opportunity to speak to 50 representatives from UK universities, international universities, Gap year companies and apprenticeship organisations. As pupils start to think about their next steps, they were able to talk to the delegates in a familiar environment, gather information about degree courses and consider the opportunities that a year out might bring. Seminars taking place before the main exhibition covered topics such as personal statements and applying to competitive courses. 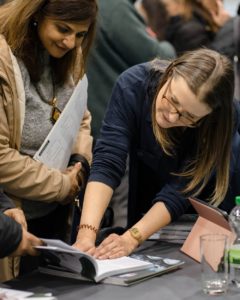 A delegate from a UK university commented that they were particularly struck by how focused the pupils were and one of our gap year companies said that they were impressed by the quality of the questions that the pupils asked. Many pupils left with a raft of prospectuses and a lot to think about over the coming months. 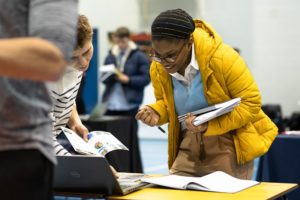 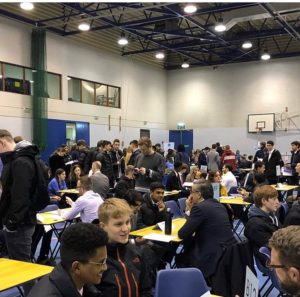 On Tuesday, to coincide with National Careers Week and Highgate’s Employability Week, the pupils had the opportunity to speak to over 60 representatives from a range of different sectors and industries. They enjoyed meeting the delegates (many of whom were drawn from our OC and parent communities) and talking to them about their professions and career pathways; in addition, various companies brought along current graduates, apprentices, and members of their recruitment teams to help the pupils to explore the myriad of options available to them. Pupil feedback was positive, with one Year 12 commenting:

“The delegates were especially motivational and instructive – would highly recommend for next year! The variation of the fair itself was really helpful. I found the evening useful and enlightening.” 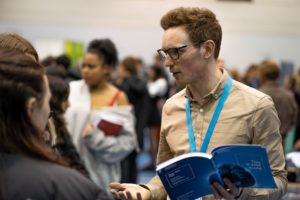 Our sincere thanks go to all of the delegates who came along to share their experiences and expertise over the last week.