World Space Week is a UN declared celebration of space held annually, every 4 to 10 October.  In 2019 over 8,000 events were reported to have taken place in 96 countries. This year the Week is dedicated to satellites and their broad benefits under the theme ‘Satellites Improve Life.’

In 1655 the Dutch ‘scientist’ (the term didn’t really come into common usage until the early 19th century) Christiaan Huygens had manufactured a telescope with sufficient resolution to spot Saturn’s largest satellite or moon, which was later called Titan.  Huygens is known to physics teachers and A level pupils for his ‘Principle’ concerning the propagation of waves, but otherwise has been rather eclipsed by Newton (younger by just over a decade) in the history of science. 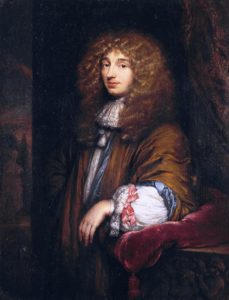 A new book by Hugh Aldersey-Williams (WG 1971), ‘Dutch Light’, aims to rectify the situation. Patricia Fara from the Department of History and Philosophy of Science at Cambridge University writes in the Literary Review: ‘In his vibrant new biography of Huygens … Hugh Aldersey-Williams rescues his subject from Newton’s shadow, where he has been unjustly confined for over three hundred years.’ She goes on to say: ‘In this book, [he] presents a fresh and absorbing vision of 17th-century experimentation that sheds welcome light on wider European culture.’ 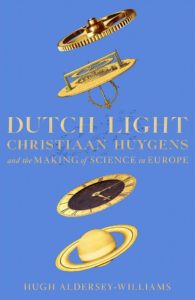 Previously, John Zarnecki (MG 1962) had been involved in the magnificent NASA/ESA Cassini-Huygens mission to Saturn, that finally came to an end in 2017.  John was the Principal Investigator for an instrument on the Huygens lander that detached from the Cassini spacecraft and successfully descended through the murky atmosphere of Titan to touch down safely on its frozen surface in 2005.  Cassini meanwhile had become a man-made satellite of the ringed planet about six months earlier and proceeded to gather astonishing data for thirteen years. 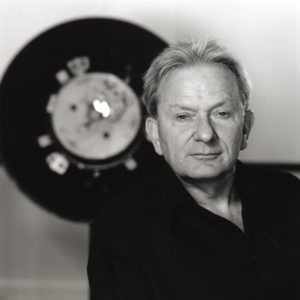 by kind permission of Lucinda Douglas-Menzies

Before that, in 1959, Arthur C. Clarke had come up with the visionary idea of how geostationary satellites could be used as telecommunications relays, following the launch of the Earth’s first artificial satellite, Sputnik, by the Soviet Union in 1957.  Since then hundreds of satellites have been and are being designed, developed, launched and operated.  Emanuele Guariglia, Senior Director, Ground Control Systems at Inmarsat and a former Highgate parent, writes:

‘Satellite applications have gone far beyond the original concept of telecommunications, and satellites revolve in many more orbits than the simple geostationary equatorial earth-orbit.  Satellites have significantly contributed to a better world for mankind, as demonstrated by the following applications and benefits:

For more information about World Space Week, including how you can view artificial satellites from London, visit: https://www.worldspaceweek.org/