Young Musician of the Year Final

After an absence of three years, the Highgate Young Musician of the Year Competition has returned with an exhilarating final on Wednesday 9 March at St Michael’s Church, Highgate.

10 Senior School pupils stepped up to present a thrilling array of highly accomplished vocal and instrumental performances, to their invited audience. Our guest adjudicator, professional cellist Gabriella Swallow, enthused about the ‘sensational performances from everyone’, and presented the following awards:

Highgate Young Instrumentalist of the Year to Luke, Y13, for his performance of Vaughan-Williams’ Oboe Concerto 1st Movement

Highgate Young Singer of the Year to Aanya, Y12, for her performance of ‘Breathe’ from In the Heights by Lin-Manuel Miranda 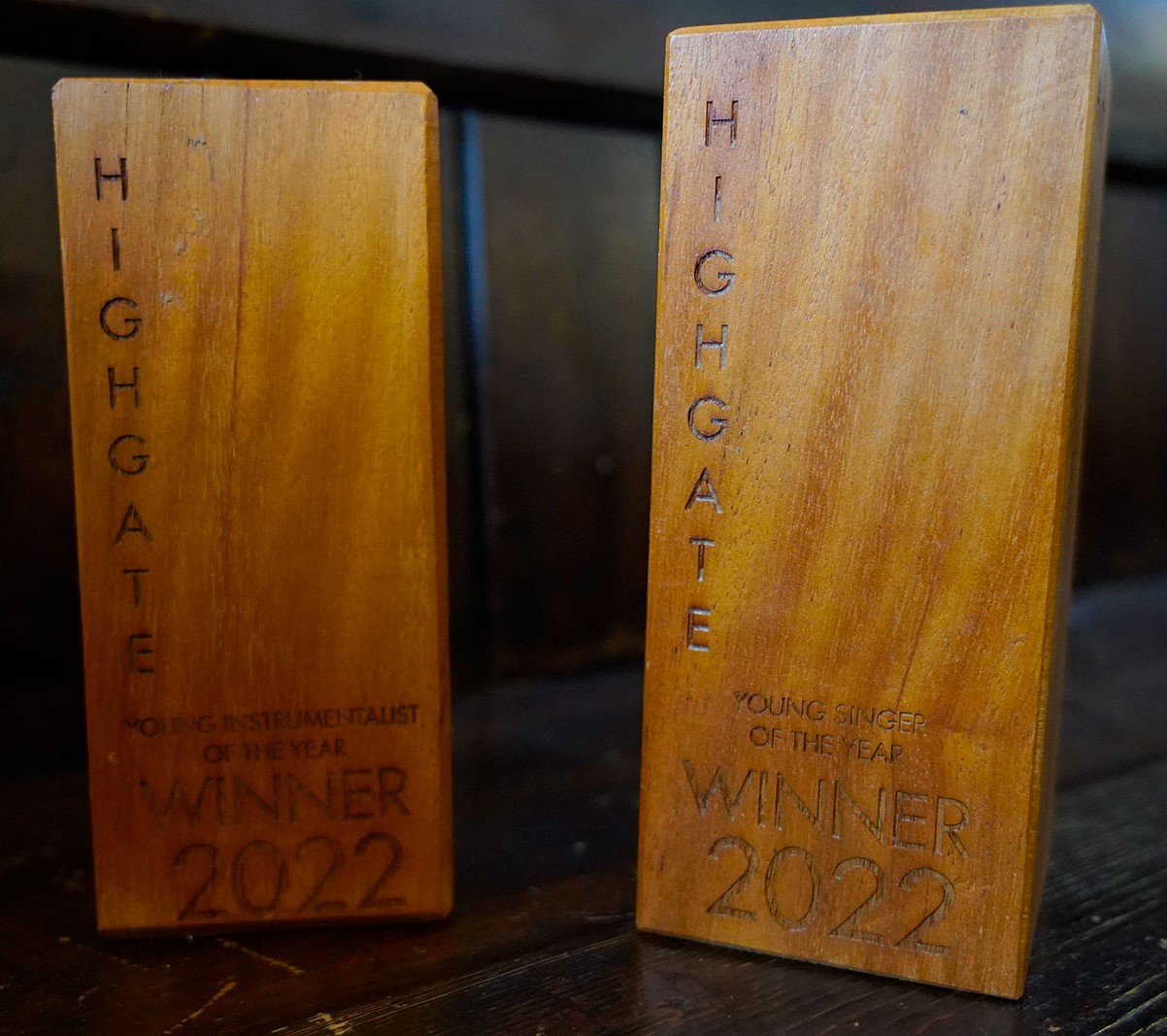 Runners-up were Aki, Y9, on the violin (headline image) and Edwin, Y13, on cello, in the instrumental category, and Coby, Y13, in the vocal competition. A further 10 commendations were awarded to recognise strong performances in the heats that did not make it to the final. Recipients were presented with trophies made from recycled wood from the Junior School, created in-house by our DTE technician Michal.

Winner of the Young Instrumentalist category, Luke in Y13 (pictured below), reflected: “It was an honour to play in a concert with such talented instrumentalists and singers. Whilst I did feel slightly nervous beforehand, it was great fun to play in front of friends and family in such a beautiful church, especially after having missed so many opportunities for live music and concerts over the last couple of years.” 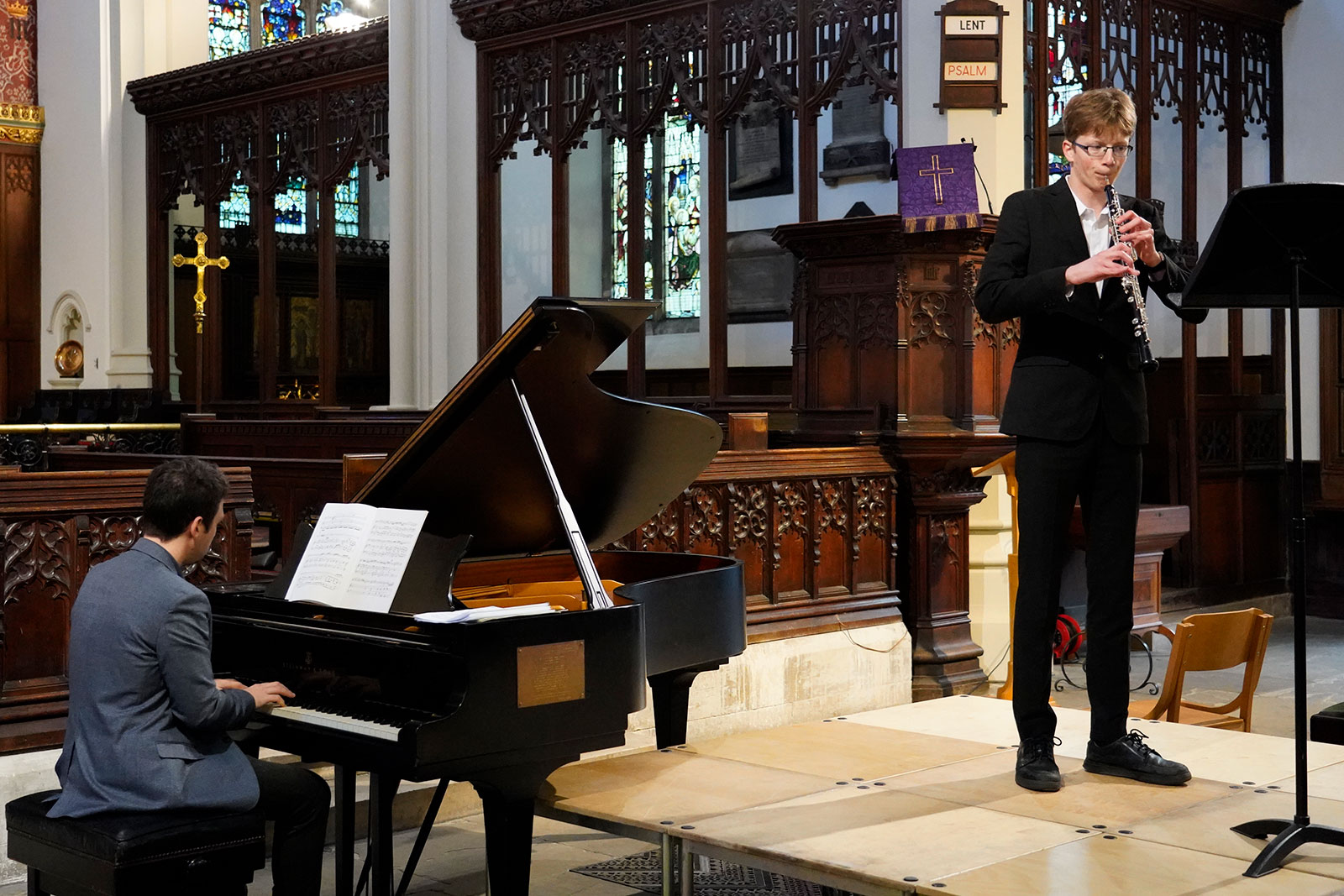 The Highgate Young Musician of the Year competition is the pinnacle event in the School music calendar. It is designed to encourage the skills of high-level performance and support the pupils with classes in performance practice, stagecraft and combating stage-fright.

This year there were over 50 entrants from all years in the Senior School, at Grade 6 and above. Competitors in the instrumental competition presented performances on strings, woodwind, brass, keyboard and percussion. The Vocal Competition took the format of a masterclass this year with an external adjudicator, in the three categories of Art Song/Classical, Musical Theatre and Pop/Jazz.

At the heats, competitors were given feedback immediately after their performance, irrespective of whether they progressed to the final. This is an opportunity to encourage and celebrate the achievements of our talented young musicians.

Mr King, Head of Woodwind and Percussion, who coordinated this event, concluded: “On behalf of all the adjudicators involved in the Highgate Young Musician of the Year Competition and the Music Department, I would like to congratulate our two Winners, Luke and Aanya for truly spell-binding performances and our three runners-up Coby, Aki and Edwin for their captivating musicianship. The standard was extraordinarily high this year and all 50 musicians that entered the Competition should be very proud of their achievements. I cannot thank you enough for sharing your talents and raising the roof of St. Michael’s Church with such glorious music-making.”