After an early start, our group of 24 girls from Year 9 and Year 10 ventured up to Glasgow via coach, in preparation for four days of netball and hockey matches!

On arrival, our netballers went straight to Kelvin Hall for their first training session with the Glasgow Sirens coaches. Hannah, our Tour Captain, led the girls through a thorough warm up and then Head Coach, Sandra, who has previously been voted Scotland’s coach of the year. Assistant Coach, Caragh, took the girls through a session based on timing, interceptions, and defending as a unit. 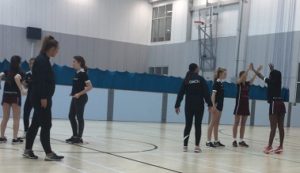 Before their first match, the girls were lucky enough to have a warm up game against Sandra’s team – Fifes district U17’s.

Each Highgate team then faced the All Stars, a Glasgow based club. Highgate girls supported one another from the sideline and were able to provide both technical and tactical feedback in units after analysing performance in each quarter, which was fantastic to see.

After a full day of netball, our teams were ready for a well-deserved rest and dinner back at the hotel. Once fed and settled into their rooms, the girls completed their tour goals and match reflection write ups. A busy but brilliant first day! 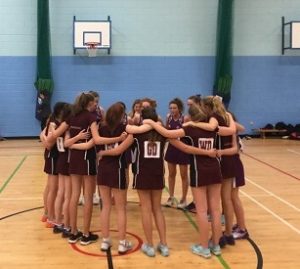 Day 2: National players put our girls through their paces

The girls embarked on another fun session with Sandra and Caragh, working on getting their arms up over every ball and dropping back into their player. They then progressed to defending the circle as a unit, ending the session with a some netball madness: a fun game with two balls in play at the same time. After a quick lunch en route to the next location, we arrived at Bishopsbrigg Academy for two matches against their girls.

Our U15 girls played first and enjoyed a game where they were able to apply the skills they had learnt from their training session that morning.

Up next came our U14 girls who had a tough game against some tall, fast players. The girls held their own, played hard and responded well to feedback to make excellent progress. The match analysis from our girls watching was invaluable to the performance of their peers.

In between matches, the group enjoyed a fun game of laser tag before dinner! Afterwards, we set off for our final match of the evening against Paisley Juniors, a club rumoured as a force to be reckoned with. The girls got straight into a thorough warm up led by Tour Captain Hannah, and made a strong start to the game, leading the first half of an extremely close match. In the second half the opposition demonstrated their class, experience and depth adding pressure to a highly competitive game. Our girls fought back with creativity and flair, keeping the game within touching distance for the last quarter. An exciting game that inspired and motivated our girls to continue. 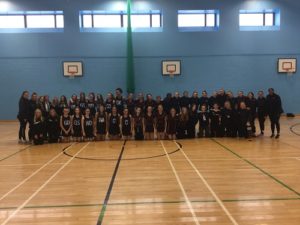 Hockey day had arrived! The girls woke up looking forward to a day full of Hockey. They were keen to get straight to their first training session at the National Hockey Centre, with their international hockey playing coach. The girls worked through some basic skills to start the session, with some hitting, slapping and shooting drills. They then went into some small sided games with conditions to work on before getting full sided match preparation in. 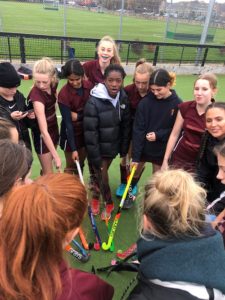 From the Hockey Centre, the girls went straight to their first match against Glasgow High School. It was fantastic game and a great experience to play on their beautiful water-based pitch. 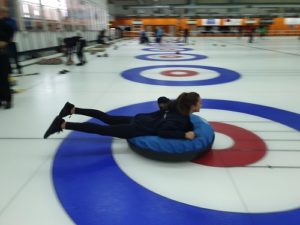 After an early dinner at the hotel the whole touring party headed out to Hollywood Bowl for an evening of fun and relaxation, thoroughly enjoyed by all. 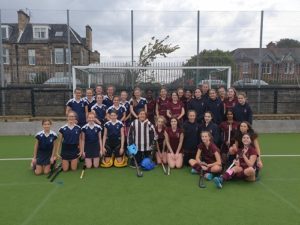 Day 4: Fun and Games in Edinburgh

Day 4 began with a sightseeing tour around Edinburgh, as well as a trip to Edinburgh Castle, tasting local delicacies and a spot of retail therapy! After a morning of soaking up the Scottish culture, we headed back for our final match of the tour with George Heriot School. 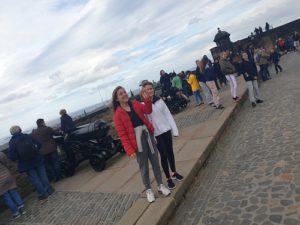 The match proved to be an enjoyable afternoon of hockey for both players and spectators, with a very close first half – it was a great opportunity for girls who have never played competitive hockey to feel confident on the pitch. 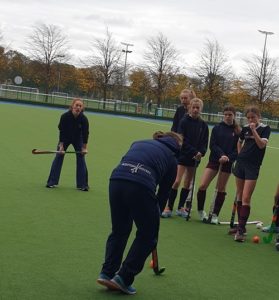 Our journey back from Edinburgh was used for winding down from a long day, match reflection and a final celebratory team dinner before preparing for the journey home! 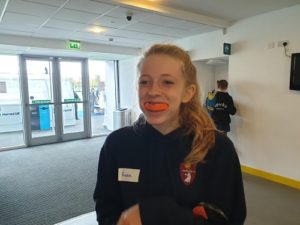