Proud to be shortlisted!

Today the TES Independent School Awards have announced that Highgate School has been shortlisted for four categories, the highest number of shortlistings, alongside Wellington College.

1) Independent-State School Partnership of the Year 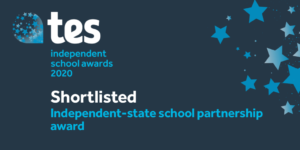 The Times Educational Supplement has recognised Highgate’s work as co-founders of the London Academy of Excellence, Tottenham and our Chrysalis partnership work.

LAET’s first cohort completed their studies in 2019 and pupils achieved 70% A*-B in their A-Levels. More than half of LAET students won places at Russell Group universities, compared to the 1% of Tottenham school leavers in 2017.

Adam Pettitt, our Head, explains: “Combined, Chrysalis projects have an impact on thousands across London. During the academic year 2018-19 alone, Highgate worked with almost 60 schools on numerous events and over 3,500 children from partner schools.”

2. Student Initiative of the Year

Our Environmental Council’s Sustainability Conference and their collaborative work to promote greener living has been recognised. Our entry was written by Bea Twentyman, Co-Leader of the pupil-led Highgate School Environment Committee in 2018-19. 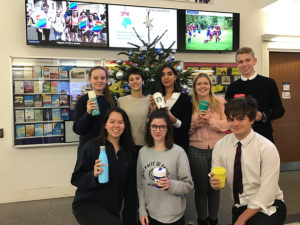 The revival of the Highgate Festival and the collaborative team of pupils, parents and staff who devoted their time to this wonderful community experience have been recognised. 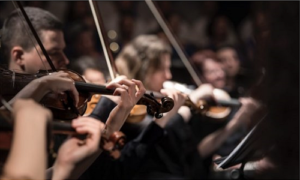 Highgate played a lead role in coordinating the Festival in Summer 2019. Our Community Partnership Director, Sarah Butterworth and her team worked closely with Highgate Neighbourhood Forum to extended the Festival from three days to ten, with over 70 events, many of which were free of charge to ensure accessibility for all.

4. Senior School of the Year 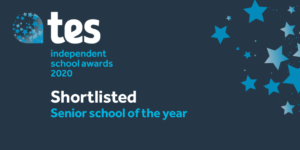 In 2019, Highgate School achieved record success in its public examinations for both Year 11 and Sixth Form, placing us in the top academic tier of UK independent schools. Our Head, Adam Pettitt, says these outstanding results are not driven by an “academic sweatshop” but by “liberating teachers to teach the subject, not the exam spec, so that their passion can ignite every child’s wonderfully diverse curiosity.”

Winners will be announced on Friday 7 February

Being shortlisted for these prestigious awards would not have been possible without the hard work, creativity and dedication from our community of pupils, families and staff.