From school project to published writer

14-year-old Highgate pupil, Theo, is to become Markosia’s youngest ever published writer, when the graphic novel Johnny Recruit – which began life as a school project in Y5 – is released on 30 May. 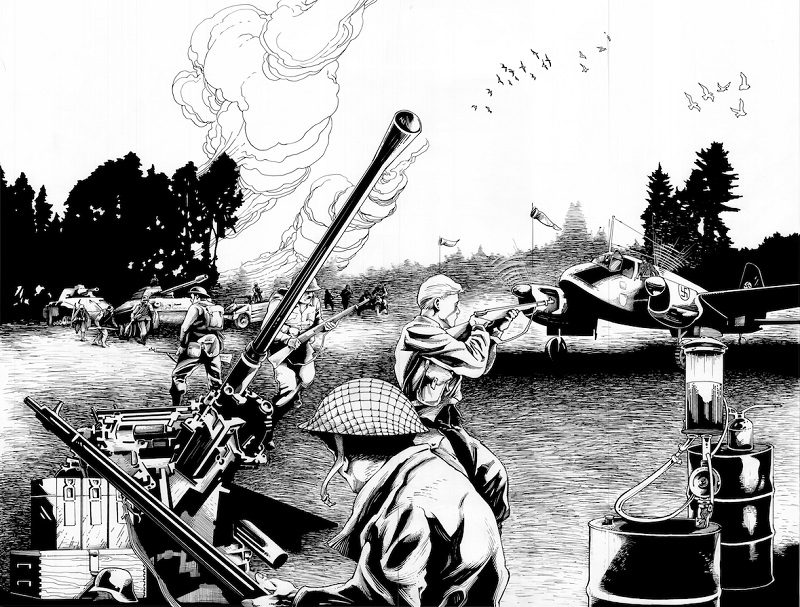 Set in wartime Canada, England and Germany in 1941-2, Johnny Recruit tells the fictional account of Big Johnny, a 14-year-old Canadian Bush Pilot who lies about his age to serve in the air force. His uncle has gone missing and Johnny is convinced that the only person who can rescue his mentor is himself. But when a rival British pilot threatens to expose his secret, Johnny faces tough decisions no young kid should have to make.

Theo’s great uncle Bert Houle was a Canadian RAF pilot, earning two Distinguished Flying Crosses. Theo spends the summers with Houle’s extended relatives in Northern Canada and has grown up surrounded by stories of his aeronautical escapades. When he was in Y5 at Highgate Junior School, Theo used Bert as the topic of his notebook comic assignment, which is how the project was born.

“We all have great relatives in our family trees, people who’ve lived amazing lives and done amazing things,” says Theo. “My great uncle Bert was one of them. He shot down lots of enemy planes, even got shot himself. He has made our family proud. So I wanted to write some fun adventures around him – create some new characters and heroes that might match up to what he did.”

With Theo’s love of history and action novels, the ideas for Big Johnny’s fictional adventures continued to flow and the project grew over the subsequent years. Theo delved deeper into the historical context, including a family trip to Juno Beach in Northern France where he learnt more about the August 1942 Dieppe raid. Using his father as a sounding board on their drives to football practice, Theo developed his storyline, researched photo references and sketched ideas for what he wanted the pages to look like.

Muzzell’s striking artwork brings Theo’s story to life in vivid double page spreads that emulates WW2 propaganda posters and comic covers. The story is told without dialogue or narration and relies heavily on Theo’s detailed script to guide the visual journey. “I love the challenge of having no words and single landscape panels to tell this story,” Thomas Muzzell explains. “There’s lots of detail in the script, plenty going on each page, so lots of planning needed.” 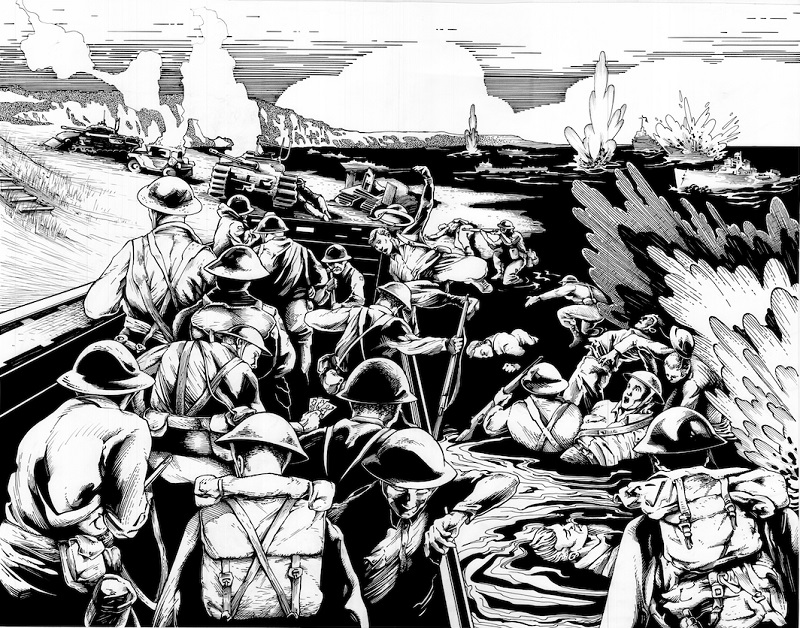 Theo explains: “We gathered my ideas using a wall at home – it was covered in sticky notes. After a few pages I made a script template helping me with character descriptions, scenes, layouts and all the main action.  We talked about trying to make pages the opposite of “rapid-fire” social media streams. I think the book’s big double- page landscapes encourage people to calmly find the clues to piece the story together.  And hopefully the reader uses their imagination to fill in the gaps between each page.”

He continues: “It was so exciting to see the pages coming in from Tom – his artwork is amazing – even better than I’d hoped, and gives the book a visual identity which suits the story perfectly. I’m thrilled that our book is finally being published after so many years of work!”

Johnny Recruit is released on 30 May by UK comics house Markosia, and available to pre-order now. Publisher Harry Markos had no hesitation signing Theo to a book deal: “Johnny Recruit is full of emotion, energy and lots of fun. This is an exciting project, an excellent story from a very talented team.” 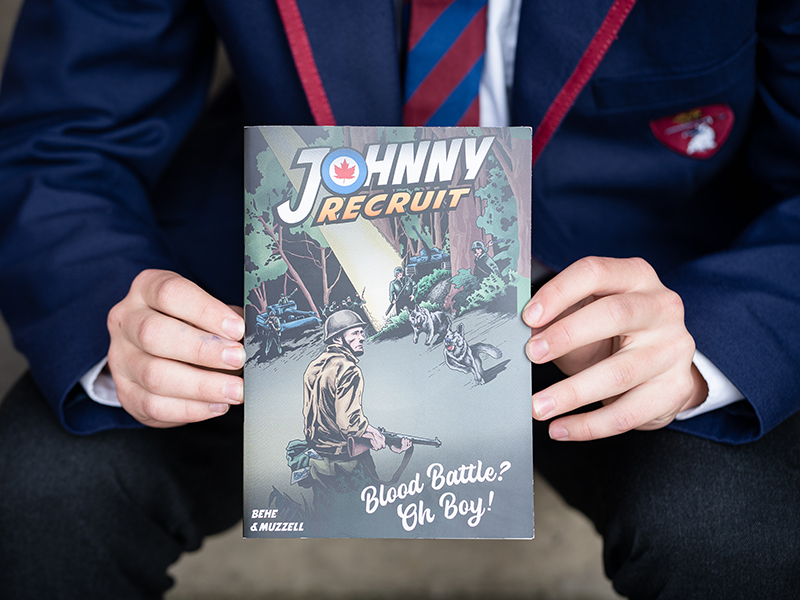