Pupils raise over £12,000 for North London Action for the Homeless

Students from Highgate have taken part in ‘Fundraising February’, a pupil led initiative to raise funds for North London Action for the Homeless. Across a group of Highgate pupils from Y7-Y13, the Fundraising February project has so far raised approximately £12,000 to support the charity, at a point when more people are losing their housing, and donations are down due to the Covid 19 pandemic. 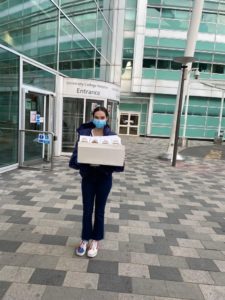 The idea, launched at the start of February by Highgate’s Charity and Community Action Committee, is for pupils and staff to choose their own challenge to complete by the end of February and be sponsored to do it. Funds are collected through a page that each fund raiser sets up on Givey.com.

Other activities in ‘Fundraising February’ include baking for their neighbours, drawing pictures to order, or learning pieces of music to perform at the end of the month. The English Department set up a “Poetry Pharmacy”, which – in return for sponsorship – dispenses lines of verse!

“NLAH was established just over 25 years ago and it’s with donations like this that we can continue providing over 100 healthy meals a week to homeless people and anyone else that may need it in the community. We offer shower and laundry facilities, food parcels and also one to one advocacy work. Alongside these services we aim to provide a sense of community to people who feel isolated or find themselves on the margins.

Thank you so much to everyone involved with Highgate school for the amazing fundraising. The money raised will go directly to supporting these services and will make a tangible contribution to the well-being of our guests“.

Tim Hyam, Head of the Charity and Community Action Committee at Highgate commented:

“Our pupils are showing that they care about the local community and especially about homelessness. It’s brilliant that they have taken the initiative and created so many different fundraising activities to raise a significant amount despite the lockdown.” 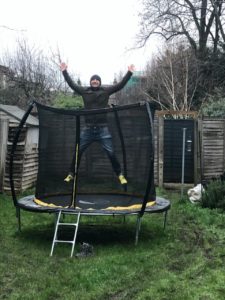