We are delighted to announce that Y9 pupil, Imogen, has been selected as a finalist in the ‘One to Watch’ category of the Everywoman Technology Awards. 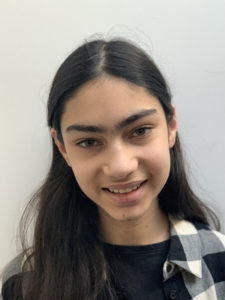 Imogen was a key member of the Highgate team who won last year’s CyberFirst Girls Competition run by GCHQ’s National Cyber Security Centre and has continued to support younger pupils taking part in this year’s competition.

The Everywoman Awards shine a spotlight on the tech industry’s most exceptional talent, from the UK and beyond, with categories that celebrate all stages of the career journey. The ‘One to Watch’ Award is given to a girl aged 11-18 who is actively encouraging girls to study STEM subjects at school-level or making waves in the tech space.

Imogen is a keen programmer, mathematician and music award holder, and aspires to work in the field of Cybersecurity. Ever since her first ‘escape room’, her passion for problem solving, taking on challenges and love of sharing ideas with others has grown, resulting in her leading a team to win the 2021 CyberFirst Girls Competition. Recently she has encouraged and tutored younger pupils to take part in the 2022 competition.

Imogen, and her fellow pupils Iva, Sophia, Calliope and Alexandra – also known as the Algorithm Alphas – triumphed in the 2021 CyberFirst Girls Competition run by GCHQ’s National Cyber Security Centre. Imogen reflects: “The CyberFirst competition was such a great experience, and I certainly learnt a lot about cyber security. Working as a team was amazing and each member had different skills so we worked together well on the more tricky challenges.”

The Everywoman Awards ceremony will take place on Wednesday 9 March 2022.