Following her triumph in the Individual Advanced category of the British Council Mandarin Speaking Competition in May 2021, Y12 pupil Chloe has been selected to represent the UK in the global final of the China Bridge Competition, which will take place in November this year.

Three Highgate pupils – JJ Y9, Daniel Y11 and Chloe Y12 – competed in the digital national final of the British Council Mandarin Speaking Competition between 5-7 May 2021, which featured 200 pupils from 67 secondary schools, competing within individual and group categories, at beginner, intermediate and advanced levels.

Chloe was described by the British Council as ‘an exceptional Mandarin speaker’, and her victory in the Advanced category also won her Y12 Mandarin class a live streamed virtual trip with Globe from Home, an interactive world travel experience.

Chloe from Y12 commented: “I think that the speaking competition was an amazing opportunity for me to develop my Mandarin ability further, particularly as I hope to study Chinese at university and perhaps work in China in the future!” 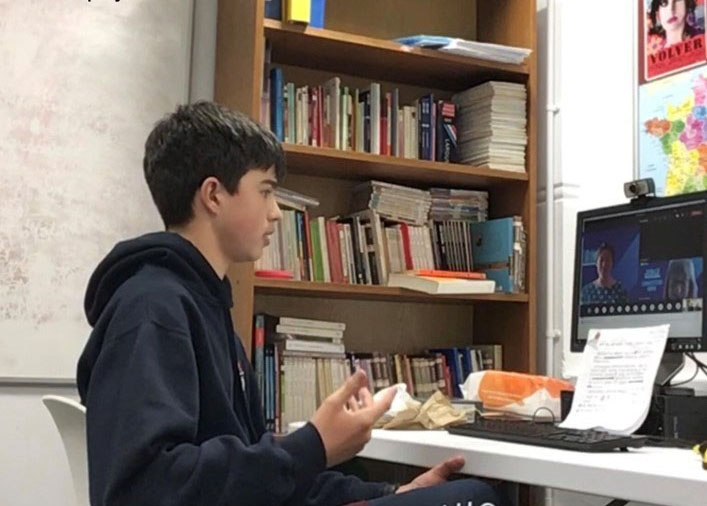 Highgate pupils have participated in the British Council Speaking Competition for six years, all reaching the final round, and with successes across the individual categories (beginner, intermediate and advanced) throughout the years.

Mandarin is a curriculum subject at Highgate and there are now 198 pupils studying the subject; 56 of them have chosen Mandarin as one of their GCSE options, and 26 pupils are studying Mandarin at A-level (Pre-U) in Sixth form. Results in the department are consistently excellent: in the past two years, over 90% of Highgate Pre-U candidates were awarded D1-D2 grades (equivalent to A*), with over 70% of those being D1. 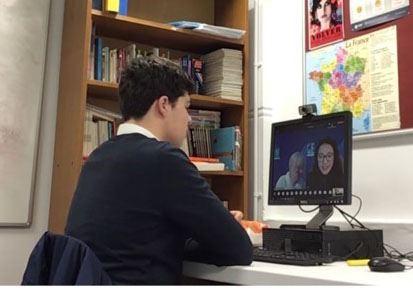 Daniel from Y11 said: “Participating in the speaking competition was certainly a challenge, but along the way I learnt a lot about Mandarin and enhanced all of my language skills so much. I definitely want to continue studying Mandarin in the future, mainly for the linguistic journey and opportunities it hopefully will bring.”