Over the weekend, 12 pupils braved the forecasted stormy weather and headed to the Peak District for 2 days’ of rock climbing. The pupils all do climbing as their SpEx option and we are delighted to be able to offer opportunities for progression in the sport both in competition format and going on trips to climb outdoors. 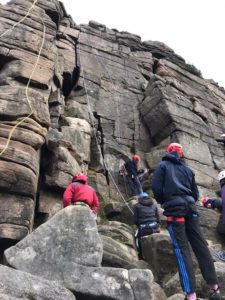 After a night in Eyam YHA, we headed up to the world famous Stanage Edge on Saturday morning. Despite staying dry, the high winds posed significant difficulties for both setting up the climbs as well as for the students climbing them. However, the group coped brilliantly. 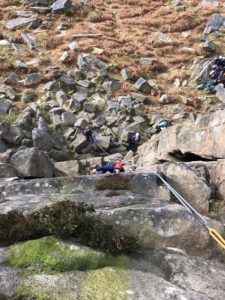 Everyone attempted the first 4 routes we set up which varied in difficulty up to a grade of VS 4c (a reasonably difficult climb). We then set a challenge on the infamous Flying Buttress (a 5m overhanging roof route) that is graded E1 5b (extreme!).

After several attempts battling the climb, both Felix (Y12) and Lucien (Y10) completed the route, ticking off a significant classic. 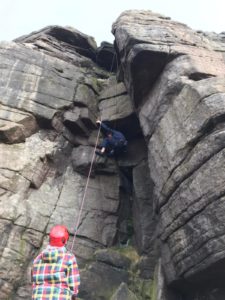 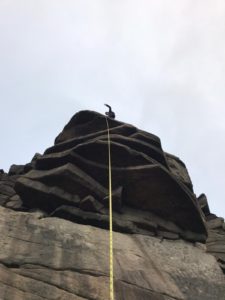 After a celebratory stop in Outside Edge in Hathersage for hot chocolate and cake, we warmed up in the Youth Hostel before heading out for dinner at the Derwentwater Arms in Calver. The second day dawned wet, as predicted. We valiantly returned to the crag knowing what we would find; the mist and rain had descended and we couldn’t even see the rock face 150m away from the car pack. 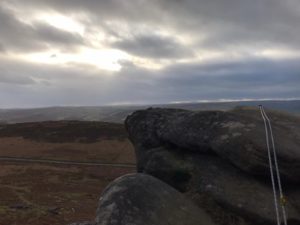 On the grounds of both safety and avoiding a miserable day in the rain, we headed into Sheffield to climb at the UK famous Foundry Wall, where some of the UK’s greatest climbers learned their trades. The pupils were able to have a go at bouldering and top roping, and were excited to visit a venue different to that they normally frequent on a Wednesday afternoon. 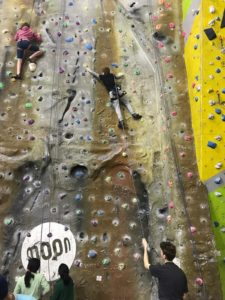 After a solid morning’s session we returned to London in the afternoon as homework called for some, despite the efforts of Bobby (Y9) at trying to get us to make one more attempt at climbing outside.

The pupils were a pleasure to take away and all made significant progress in their climbing. Despite the cold, they all had a positive attitude throughout the weekend and learned loads. One pupil was even overheard describing it as ‘the best trip ever!’ and we will definitely look to run more trips of this nature.

The next exciting thing on the climbing agenda is the next Independent Schools Federation climbing competition at Harrow Wall in March. 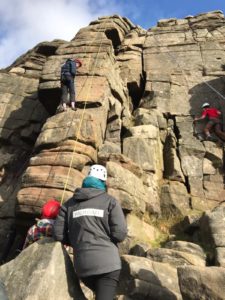