A visit to Great Lakes High School, written by pupils Robert and Millie.

10 years after the establishment of Highgate’s partnership with Great Lakes High School in Uganda, we, alongside 25 other pupils and 4 teachers went to celebrate this momentous friendship. With the majority of us never having previously visited a remote village in Africa, we were overwhelmed by the stark differences between our two opposing cultures; however, these were swiftly replaced by a sense of true community and friendship as we were welcomed, from the plane, by Rebecca, Ian and Conrad – three people we certainly won’t forget.

Our first visit to the Great Lakes High School saw us being taken into the school hall where we were greeted by the pupils’ welcome songs. Although we sang our own songs to them, in return, it must be said that our attempt at singing was nothing compared to theirs! Immediately, we realised how optimistic and upbeat the pupils were at Great Lakes, despite having to overcome a whole host of challenges. 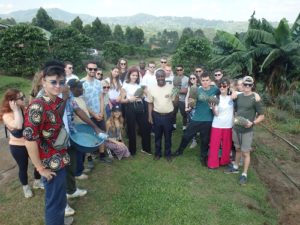 In the afternoon of the first day at Great Lakes, we participated in competitive games of netball and football. We quickly realised how good they were: we were facing some stiff competition! More importantly, the enthusiasm with which these pupils played and the joy that they exuded demonstrated to us how Highgate’s fundraising has enabled them to not only succeed academically but also to enjoy their childhood. 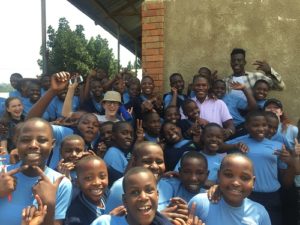 Over the remainder of the week, we learned a lot through taking part in a cultural exchange programme. Small groups of Highgate pupils led larger groups (of about fifteen Ugandan pupils) in a series of activities which included music, drama, constructions, storytelling and art. Although we had to adapt our activities, for the various age groups, a rendition of the Banana Song was welcomed by all! 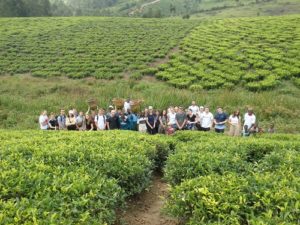 Ms Shelley, who visited the school in 2011, noticed the vast improvements to the School’s facilities and to the well-being of the pupils. In addition to part funding staff salaries and pupil places, our recent fundraising has enabled the School to have a new science lab, a school truck and access to running water and electricity. Needless to say, there is still a lot to do. Moving forward, we hope that the upcoming sponsored walk will be a success and will provide us with an opportunity to further to improve the lives of the students. Equally, we hope to maintain our many friendships with everyone we met, having seen the impact that the visit had on their and our lives. 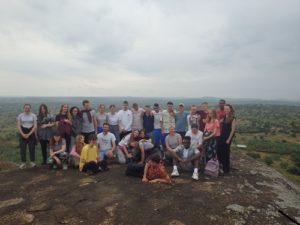